This was my first planned cutback week of the year, but as my wife was away for the week on business I thought I would take the opportunity of pushing on with the miles. My legs, although a bit tired, felt ok to continue through one more week of high mileage.

Monday became another double-run day as I had a new client who wanted me to run with him to kick-start his Half-marathon training. Therefore, I slowed down my morning run to an easy-effort 6 miles so I would be fresh for later. The Running Buddy run was far better than I expected. After Strava-stalking I thought that we would run for a maximum of 4 miles and I would throw some fartleks in to test his speed. However, while chatting along we managed 6 miles, including fartleks and finishing faster than we started. A very positive start to his training.

Tuesday was my long double-day, once again aiming for 20+ miles. My first run was 10.2 miles of easy effort running. My calf muscles had started to feel tired so I’d do extra rolling and stretching when I got home. I ran 4 miles, as usual, before the running club run. With my calf feeling better I decided to push the pace a little bit down Great Central Way and then back though South Wigston. My 21st mile of the day was 6.33, which I was very pleased with having followed a few miles at a similar pace earlier in the run.

I awoke on Wednesday with very tight calf muscles. I went out for a very easy 4 mile recovery run and whilst my legs felt better by the end of it, my calves were not quite right. Having the experience of knowing that my calves are my weak point and most likely muscle to injure, I called Function Jigsaw and was lucky enough to be seen by Lauren on Wednesday afternoon. I would like to say it was a nice massage, but being honest it was bloody sore. However, it was much needed and did loosened them off.

With my wife away, and her very kindly leaving her car with me as it was booked in for a service, Thursday was another day of four runs. As with last week, the garage tried to convince me that they could drop me home or lend me a courtesy car and just couldn’t understand why I would want to run home and back later on. An easy 4.5 mile run home felt very strange after my massage. My legs felt heavy and it took until halfway through the 4.2 miles back to the garage in the afternoon for them to feel almost back to normal again.

The third run of the day was the Next Running Group and the tenth and final week of their Couch to 5K plan. As they had ran 5k the previous week we embarked on another tour of Enderby. However, with my sense of navigation severely lacking and their sense of achievement growing by the minute, when we finally got back to the start point we had ran for 4 miles. Once again, massive congratulations all round as they finally realised that when I told them on week one that they would be able to run 5k by the end of week ten I wasn’t lying to them.

My final run of the day was the Wigston Phoenix speed session at Victoria Park. Running late due to the extra few minutes with Next, I was 15 minutes late by the time I caught up with everyone. I ran as hard as I could for the limited time left of the session and finished with some hard hill reps. Over the four runs of the day I had totalled 17.6 miles.

Friday was a definite recovery day. Just over 4 miles ran at a very easy effort and my legs started to feel normal again.

Saturday should have been 14 miles with 6 miles in the middle at Marathon Pace. However, waking with a thick head due to one too many beers at the running club awards presentation on Friday night, it was obvious that my run was not going to be the best. I got out and started with 4 easy miles but soon realised that my stomach was not going to play ball. Having my sensible head on and knowing that I didn’t need to chase mileage, I turned for home, changing the run into a 7 mile easy run.

I felt far better on Sunday morning so got up early and headed out for a 10 mile run, including the MP 6 miles I missed on Saturday. The pavements were icy but the roads were clear and I had them to myself. I ran the first 2 miles at a steady pace before pushing on aiming for a MP heart rate of around 150-155BPM. Sticking to this average, I managed the 6 miles at an average pace of 6.13. I was very pleased by this during the 2 cooldown miles to finish the run. Confidence boosted after Saturday’s aborted run.

Week 4 Totals: 78.2 miles covered over 12 runs, plus some basic core exercises on my BOSU ball. 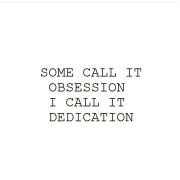 Obsessed? No. I am Dedicated! 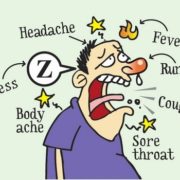 When to Exercise When You Are Ill 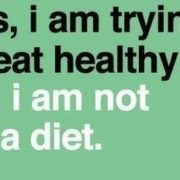 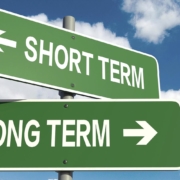 How to Train in Uncertain Times 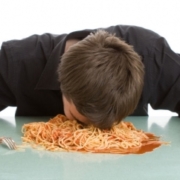 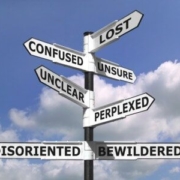 The Squeaky Wheel Gets Fixed

Fitness Ideas For When You Are Short On Time 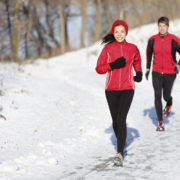 Why Breathing Cold Air Can Hurt