Week 10 was initially a planned cutback week, but due to lower than planned mileage in weeks 7 & 8 I went into week 10 just trying to do as much as I could. However……..

Monday morning started with a 3 .2 mile walk with my wife, followed straight after by a hard progression run. The plan was to run each of the first 7 miles faster than the mile before. I started at an easy pace and then quickly increased, through miles of 7.37, 7.14, 6.52 & 6.41. The last 3 miles of this run are always harder as they take in Welford Road from Victoria Park to Wigston. These were ran at 6.29, 6.22 & 6.02 paces, with the last of those being very hard work up two hills into Wigston. I finished with a bit of a sprint, but couldn’t get the pace to sub-6.00. My left leg just wouldn’t stretch out enough to be efficient enough! I ran another 1.5 miles as a cooldown to recover.

I spent a good amount of my sitting time for the rest of the day (and week) sitting with a hockey ball in various parts of my buttocks, hamstring and calf trying to increase mobility in my left leg.

Tuesday was back to my long double days (although this was a triple day as one of my clients wanted a Running Buddy session). I started the morning with a 10 mile very easy effort run. It was an easy effort but I felt as though I was ‘managing’ my leg, rather than running with an efficient stride. My left calf was tight and sore with almost every step although after about 6 miles it did start to ease a little. I’m not sure if that was more psychological as I’d managed the soreness for a while?

The second run of the day was at 10am with my client. We ran 5.3 miles in the sun around Knighton Park at a very good pace for her. Weirdly, my leg felt fine through this run, which in a way just frustrated me more due to the issues I had on my own run.

My final run of the day was the club run. I was being sensible so didn’t run before the club and ran 8.3 miles with the faster group. I just ran with others without pushing the pace or effort as I usually would have. This was mainly due to my leg feeling very weird for the first 3 miles, with various issues from a tight ankle to shin pain to tightening hamstrings. This was despite rolling and stretching before leaving the house. For the second half of the run my leg stopped being weird and started to develop a soreness in my calf instead. Rock and hard place!!! On a plus point I had ran 23.7 miles for the day.

Wednesday was a planned rest day so I spent an hour in my gym lifting weights and doing leg strengthening exercises. I also managed to book in with Function Jigsaw for a massage and to look at what was causing my leg issues. After a big of manipulation and massage it looked as though I had a nerve issue in my left leg, meaning that as I was trying to land my left leg my biomechanics were out, meaning I was landing flat footed which in turn was causing the calf issues. Once again I was told to use a hockey ball on my buttocks and hamstrings to try to loosen the tension in them and hopefully to help repair the nerve signals to my foot. They also wanted me to go back on Thursday to sit in their ‘bath’!

Thursday was a second non-running day (with another hour of weights and core in my gym) with a lunchtime appointment at Function Jigsaw. I’m not sure exactly what it is called but you sit in a bath with your back against a pad. Hey then send an electric current through you to stimulate your nerves. That sounds a bit dangerous but it felt more like the sensation you get from a TENS machine. Or at least it did until it was obvious that my left side had an issue. As the machine was turned up higher my right side (the normal one) had sensations from my hip to my toes, whereas on my left side the sensations were getting jammed at my hip, sending them shooting into my abs and back. It felt like a very strong Slendertone machine from back in the day (remember those machines where people thought they could get abs by sitting on a sofa with a belt strapped to their waist as they ate chocolate!). I have to say it was not a comfortable experience but it showed that there is a nerve issue in my left leg. I was sent away with a plan of using the hockey ball, stretching and rolling to try to get an improvement for Monday when I need to come back to try again.

Friday was another non-running day and another hour of weights, stretching and leg strengthening, plus sitting on hockey ball and rolling at various points during the day.

Saturday was a total rest day from exercise, apart from loads of rolling, stretching and using the hockey ball. I hope it works as it is not comfortable!

Sunday was my day to test my left leg. I needed to do this for the good of my head as well as my legs. My legs felt spritely from the off and I was running at a far faster pace than usual for my heart rate. That was mainly down to this being the first time I have ran without tired legs for the best part of a year! My left leg still didn’t feel right, although now the calf soreness had gone and it felt more like a twinge on the outside of my foot, pushing up through my shin! It was good to be back out though and I ran 4 miles at an easy effort.

I am now at the point, with three weeks of full training to go before I start to taper, that I need to either sort out the problem or just learn how to manage and run through it. I’ve given up the idea of running sub-2:45 and believe that due to the amount of miles I ran during my base phase (and last year) I am still capable of running sub-3hrs and definitely under the 3:10 or 3:15 I need to keep my Good For Age place going. Injuries like this just focus your mind. You are stuck between wanting to run and being sensible for the longer term goal.  I am hoping for a good week to come as it is the Ashby 20 on Sunday, a race I really enjoy, even though I only run it at training paces.

Week 10 Totals: 36.3 miles covered over 5 runs, plus 3 strength sessions and loads of stretching, rolling and sitting on hockey balls. 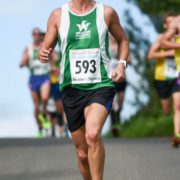 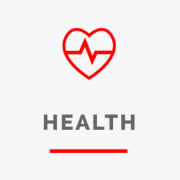 Exercise Excuses You Need to Stop 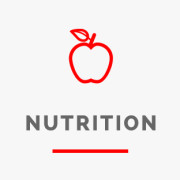 How to Eat Healthier on a Budget 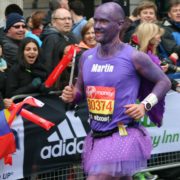 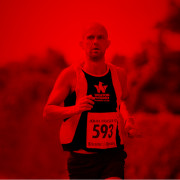 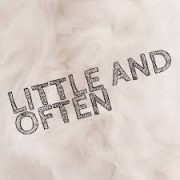 Snacking. Is It Any Good? 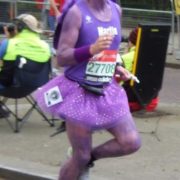 It’s Okay Not Being Perfect

Dealing with Injury – The Mental and Physical
Scroll to top